British consumers who choose to buy a car from 1st October 2015 can benefit from new protections giving them more power when making this important purchase. These protections apply to new and used vehicles alike and will not only impact purchases but also repairs, covering things such as wiring looms and other crucial components. 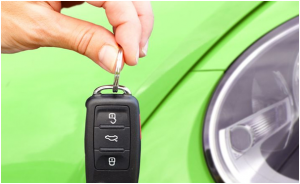 This is thanks to the Consumer Rights Act, which was given the seal of approval by politicians in March this year and has just come into force.

Power to the people

Car buyers will now have 30 days within which to initiate an outright rejection of any vehicle they have purchased as a result of a mechanical flaw or fault that has developed in the interim.

Individuals or businesses that sold the car to a consumer will also be liable for any faults or damage that arise from the result of software updates, meaning that it is not only the mechanical elements of a car that will be covered by the legislative changes.

If repairs to a car are not successful after a single attempt is made by the seller to address the issue, consumers can get a replacement vehicle or even a full refund of their initial investment. Until now most organizations in the motoring industry have been operating under a system that affords them up to three attempts to make repairs if something goes awry.

In short, this means that car buyers need not be saddled with sub-par vehicles they purchased in good faith and then found to be lacking, with firms such as rapidfitlooms able to help drivers to augment their cars further. With prices fluctuating and scandals still haunting the industry, restoring buyer confidence could be an important element.

Read between the lines

Industry expert Gerry Taylor said that the act was really about clarifying the powers that are available to consumers when buying a car rather than making any major alterations to the balance of the industry, according to Auto Express.

Some observers have expressed concern about the scrapping of the Vehicle Identity Check, which previously helped to pinpoint insurance write-offs that have been made roadworthy again; however, this has been overshadowed somewhat by the new Consumer Rights Act and the changes that this has enforced across the UK.