Most people are familiar with cinnamon as a spice that’s often added to specialty coffees or Chai tea lattes and sprinkled on toast. However, scientists have recently discovered the tasty additive might boost memory and slow the progression of degenerative memory diseases. Although the research was only performed on mice and hasn’t yet been done on humans, scientists are hopeful that cinnamon may have a positive effect, especially in terms of learning. 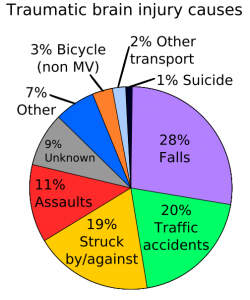 Scientists have found poor learners more commonly have a deficiency of a certain protein in the part of the brain that is associated with learning. Specifically, a protein called CREB that’s present during learning and retention, is deficient, while a protein related to a receptor of GABRA5 proteins was more present in mice that did not learn as rapidly as their peers.

The mice metabolized cinnamon and turned it into sodium benzoate. This action increased the amount of CREB, reduced GABRA5 and promoted positive changes in the neurons of the hippocampus.

Scientists ran the mice through a maze that contained 20 holes and tried to get them to find specific holes. After only a month of consuming cinnamon, mice that were deemed poor learners had better learning and memory function, although mice that were considered good learners at the start of the study had unchanged cognitive abilities.

What does the future hold?

Scientists confirmed cinnamon had a reversal effect on the brains of the poor-learning mice at the cellular, biochemical and anatomical levels. It may be a while before the experimentation moves to the human trial phase, although resources can make the process of satisfying FDA requirements easier to manage. It will be through Paid Medical Trials or other trialing that the effects of Cinnamon will be tracked in humans. Paid Medical Trials from Trials 4 Us have provided some incredible data to medical professionals treating a number of illnesses and diseases.

Degenerative memory diseases arguably have a huge impact on humans who suffer from them. Although it’s too soon to tell if the outcome for humans will mirror what happened in the rodents, successful human trials would undoubtedly change the way people view cinnamon, causing them to think of it as much more than just a deliciously sweet spice.