Finance
Could Nearly 5M households be in arrears within 5 years

Up to 4.7 million households may be facing arrears by 2020 if a recent forecast is to be believed. Debt purchaser Arrow Global has released the forecast, which predicts consumer debt defaults will soar by 17 percent over the next five years. 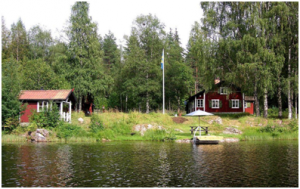 The figures were reached by looking at the default triggers of unemployment and interest rates and the relationship of these factors to government predictions. The report will be released later this year under the title “Debt Britain: The Big Picture”.

Arrow Global’s research managed to identify several trends in consumer debt that enabled them to make certain predictions. A rise in interest rates is a key factor in the research, and this is expected to affect an additional 700,000 houses by 2020. This rise in interest rates follows a period in which rates were lower, resulting in borrowers raking in £34 billion a year. Furthermore, Arrow Global said that if the Bank of England were to raise its base rate by only 0.5 percent, households in default could top five million, representing a huge increase in the current figure of four million.

Even though the forecast seems extreme, Arrow Global said that the figures were reached by examining the normal cycle in defaults, which has historically followed the economic cycle whereby consumers take on more debt as confidence grows and lenders increase customer reach. This means more people are looking for better deals that attract consumers at a more affordable level, such as car finance bad credit in Portsmouth.

Despite soaring debt figures, it is still suggested that the typical amounts owed are to remain stable at about £2,500 per household, which is a modest figure. This could indicate that the expectation is actually for the volume of consumers to increase rather than the debt figures themselves. Stability in debt amounts is good news for consumers who are able to make regular repayments as they look for more flexible deals on purchases such as cars.

The analysis also examines how rising consumer debt and interest rates could impact mortgage possessions, with the emphasis being on just how big the debt could be for defaulters if they do not keep up with repayments over a period of time.  For most people, the thought of getting too far into debt is frightening so they will decide to sell up, hopefully, make some money on their current property and move to a smaller property or into an area where you get more for your money and get a smaller mortgage.  When it comes to moving it is always best to call a specialist such as a Conveyancing Solicitor London business at sites like https://www.samconveyancing.co.uk/Conveyancing-Solicitors/Conveyancing-Solicitors-London.  They will have local knowledge and a no sale no fee policy which helps.