When it comes to animals in movies, we typically show a softer side – we spend the majority of the film hoping the creature doesn’t meet a cruel end… we ultimately root for the animal actor. Horses are a common animal that features in movies, as they are easy to train and control. In the past, they would have been a vital part of Cowboy and Weston films. If you are an animal fan, and a Horse lover, in particular, you may want a Horse Sculpture from makers such as https://www.gillparker.com/ to put on display in your home. These could even be the perfect gift for an Equestrian lover who has never owned their own horse.

The film ‘Black Beauty’ was originally a novel by English Author, Anna Sewell. The film focuses on the horse ‘Black Beauty’, in which it is shown from his perspective, the story begins with him living on an English farm with his mother. The story then progresses to him living a life of pulling taxi carriages in London as he was sold by the family living on the farm. Throughout the film, he experiences different hardships and is subject to cruelty. The film teaches it’s viewers moral lessons on the treatment of horses, and other animals. Here you can find out more about the life of Anna Sewell. 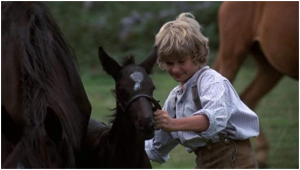 The film Seabiscuit is about an American Racehorse that has a tricky start in life, but with determination becomes one of the most popular underdogs racing Horses in the USA. The film focuses on a man called ‘Pollard’ who tries to get through the hardships of ‘The Great Depression’; he tries many different things in an attempt to make extra money such as boxing – which leaves him blind in one eye. Seabiscuit starts off as a weak Horse with a slight limp and a feisty temperament, but eventually, he becomes stronger, and with ‘
Pollard’s training becomes one of America’s top racing Horses. 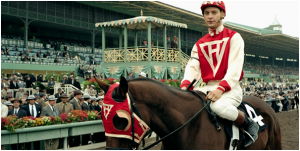 War Horse is set in Devon, England; where the story focuses on farmer Ted Narracott, his wife, and son. The film begins with Ted accidentally winning a Horse named ‘Joey’ at a market after getting into a bidding battle with another man – he was originally supposed to bring home a strong pulling horse to plow fields. When he brings Joey back to the farm, Ted’s wife is far from pleased and urges that he sells the Horse. Albert Narracott, Ted’s son quickly becomes close to Joey and assures them that he can train the Horse to plow their fields. Albert successfully builds up Joey’s strength to be a plowing Horse, but as the family is experiencing money worries, Ted decides to sell Joey to the military where he becomes a warhorse. The film continues through Joey’s perspective until Albert joins the war; after becoming temporarily blinded due to a gas attack, Albert reunites with Joey at an army base where he alerts him with his ‘owl call’.