When you take a look at your home do you think that you’ve got a fair few windows in the place? Would you say that the glass outnumbered the amount of brickwork on the show? Probably not, of course, but there is on the property in Nottinghamshire that once rivaled the great Palaces of Britain and even that of the King’s and Queen’s themselves. The name of the place, where it was said it is more glass than the wall was Hardwick Hall, the home of the incredible Bess of Hardwick.

The Hall is a replacement to the older castle and was built over 3 years from 1590 to 1597. It is one of the first recorded examples of the Renaissance style that was popular in Venice and was an increasing influence on the aristocracy’s taste. Bess of Hardwick had learned that the law requiring the upper classes to live in some kind of fortified palace/great hall was no longer to be enforced. She took full advantage and got Robert Smythson on the case straight away. If she’d been able she would have probably put in a call to Cheltenham Double Glazing company firmfix.co.uk/ who would have been there for all her glazing needs. 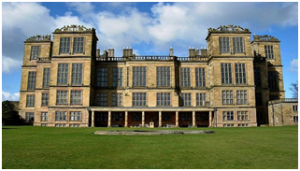 There was only one person richer than Bess of Hardwick and that was someone that you really did not want to get on the bad side of as it was Queen Elizabeth the first. Even then she never had something as grand as Hardwick, though she did pop in from time to time. The Hall is a radical design for British architecture partly because it didn’t need to have to be a castle. 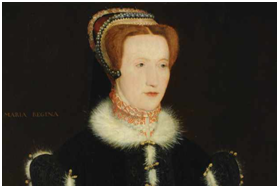 This meant that Smythson could throw out the accepted rule book and pretty much go for it which he did. The house would have three stories and a winding central staircase. The insides would be built so that even more windows could be added affording some incredible views of the surrounding countryside and over to the beautiful peak district.

This was only one of her homes. Bess also had Chatsworth house (which he ancestors still reside in) but the costs of running the homes were too much for the family and Hardwick was given to the National Trust in 1959 who have run it ever since. You can’t fault Bess for a bit of style though, can you imagine the look on the Monarchs face when on a visit she sees the initials of the owner E S for Elizabeth Shrewsbury on all of the homes towers? Nothing says “this belongs to me” more than that!